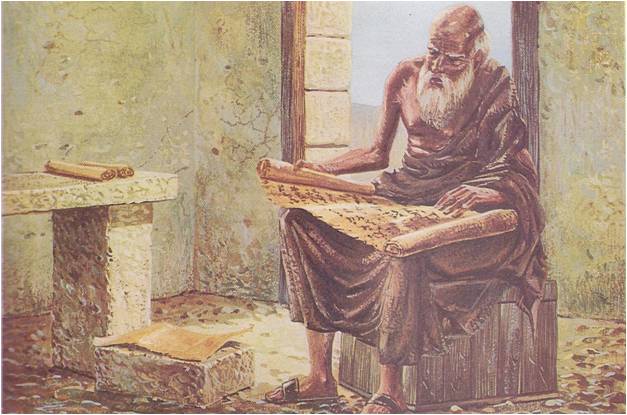 JEROME SPENT MANY YEARS TRANSLATING THE OLD AND NEW TESTAMENTS INTO LATIN.

IT WAS about the middle of Lent in Antioch, reported Jerome, when “a deep-seated fever fell upon my weakened body, and . . . it so wasted my unhappy frame that scarcely anything was left of me but skin and bone. Meanwhile, preparations for my funeral went on; my body grew gradually colder and the warmth of life lingered only in my throbbing breast. Suddenly I was caught up in the spirit and dragged before the judgment-seat . . .”

Then follows a long account of his dream in which Christ scolded him for his devotion to the works of the Roman writer Cicero. In his dream Jerome took an oath that he would never again read a worldly book. “Thenceforth I read the books of God with a zeal greater than I had previously given to the books of men . . .” That was the turning point in the life of Jerome, who went on to become the most outstanding scholar of the ancient western church.

Jerome was born of well-to-do Christian parents about 340. He studied in Rome, where he was baptized at the age of twenty. His brilliant mind and restless energy drove him to explore religion and the classics. From 366 to 370 he traveled about in Gaul from city to city. Later he traveled through the eastern part of the empire. In Antioch he became seriously ill and had the famous dream in which Christ lectured to him.

The dream must have been very real to him. As soon as he was well enough, he went into the Syrian desert and lived there as a hermit for six years. Then he returned to Antioch to become a priest. He continued his studies in Constantinople. In 382 he went to Rome and soon came to the attention of Pope Damasus, who commissioned him to translate the Psalms and the New Testament from Greek to Latin. Latin had become the living language of the church only in the previous century, but the Latin translations of the New Testament and the Psalms then in use were very crude.

Translating the New Testament became a labor of love. Jerome was a master of Latin, Greek, Hebrew and Aramaic. He became the head of a monastery in Bethlehem and completed work on the New Testament there about 388. Then he began the tremendous task of translating the Old Testament. This he did with the aid of Jewish friends in Bethlehem, translating directly from the ancient Hebrew Bible rather than from the Greek translation of it. He also wrote papers on many religious subjects. Jerome became known as the greatest scholar among the Latin Fathers. His famous translations of the Old and New Testaments, known as the Vulgate, are still used today in the Roman church.

Among the great church Fathers were Ambrose, Irenaeus, Augustine and many others, all outstanding religious leaders and defenders of the faith. Each contributed in his way to the interpretation of the Scriptures. The Fathers of the early church took over where the apostles left off and carried the burdens of Christian leadership during the first difficult centuries of the growing church.

One of the greatest of the Church Fathers was Augustine, an original thinker who became recognized as a leader of western Christian thought.

One of the guiding forces in Augustine’s life was his Christian mother, Monica. His father Patricius was an easy-going pagan, but was converted to Christianity by Monica late in life. They lived in Tagaste, in Numidia in North Africa where Augustine was born on November 13, 354. Augustine did so well with his studies that he was sent to an advanced school in Carthage at the age of seventeen. The temptations of that city proved too much for him and he began leading a sinful life.

A year later Augustine discovered Cicero’s Hortensius, which gave him a keen interest in philosophy and a desire to search for the truth. He studied the Scriptures, but found them disappointing. At that time he was not baptized and knew very little about the Christian faith, except for a few prayers his mother had taught him as a child. He turned to Manichaeism, a combination of pagan religions and philosophy which he could accept without changing his sinful way of living.

When Augustine finished his schooling he came home to teach in Tagaste. He was an extremely emotional person who loved people and had many close friends. One of them died during his year at home. “By this sorrow,” he wrote, “my heart was enveloped in darkness and everything that I gazed upon was death.” Overcome with grief, Augustine left home and continued his teaching career in Carthage. Losing interest in Manichaeism, he became a serious student of the classics. He won a poetry contest and wrote a book entitled On the Beautiful and the Fitting.

Once more he felt the need to escape. He went to Rome in 383 and a year later was appointed by the government as a teacher in Milan, which was then the western capital of the empire. There he was joined by his mother Monica and an old friend named Alipius. Monica’s main purpose in coming to Italy was to convert her son. Her one great ambition in life was to make him a Christian.

CONVERSION IN THE GARDEN

In Milan, Augustine came under the influence of Ambrose, one of the famous bishops of the western church. Once again he began reading the New Testament, particularly the teachings of Paul. He reached the point where he was willing to accept the Christian faith, but worldly temptations were still too much for him, and he continued his sinful way of living. He realized that his problem was a metal one. The divine truth for which he was seeking would never be his unless he first overcame his weaknesses. The desperate struggle within him continued for many months. “Soon, a little while, I shall make up my mind, but not right now,” he kept telling himself.

One day, greatly upset, Augustine rushed into the garden, his friend Alipius following after him. “We sat down as far from the house as possible. . . . I was groaning in spirit . . . reproaching myself.” Tears filled his eyes. He left Alipius and threw himself down on the grass under a fig tree. “And Thou, O Lord,” I cried, “how long? . . . How long? How long? Is it to be tomorrow and tomorrow? Why not now? Why not at this very hour put an end to shame?”

“I was saying these things and weeping in the bitterest sorrow of heart; and all at once I heard a voice, like the voice of a boy or a girl, I know not which, coming from the next house, repeating over and over again in a musical tone, ‘Take and read; take and read.’ ”

Augustine checked his tears. He could not think of a child’s game in which those words were used. He quickly returned to his friend and found the book of Epistles he had left there. “I took it up, opened it and read in silence the first chapter that met my eyes. . . The lines he read warned against drunkenness and sinful living. They said one should accept the Lord Jesus Christ and have no concern for worldly things. “I would not read on, nor was there any need that I should… all the darkness of doubt was dissipated.”

This high point in the conversion of Augustine took place late in the summer of 386, when he was thirty-two years old. He and Alipius were baptized by Ambrose at Easter the following year. They made ready to return to their home in Africa, but Monica died suddenly and Augustine delayed his departure until 388. Once again in his native Tagaste, he and his followers shared a life of prayer and study and poverty on his estate.

Augustine was ordained a priest at Hippo and soon became the bishop, a post which he held until his death in 430. With all his tremendous energy, he poured his mind and heart into his church and into his books. To his people he said, “I do not wish to be saved without you. What shall I desire? What shall I say? Why am I a bishop? Only to live in Jesus Christ: but to live in him with you. This is my passion, my honor, my glory, my joy and my riches”.

He took a leading part in defending the traditional faith against such teachings as Arianism and Pelagianism. Pelagius, the monk who founded Pelagianism, believed that new-born children were without sin. Among other things, he also believed that it was possible for people to live sinless lives. Augustine defended the traditional view that all children were born with original sin inherited from Adam. He denied that it was possible for people to be strong enough to lead sinless lives. He believed that such strength could only come as a special gift from God.

Among Augustine’s greatest works was his treatise On The Trinity, a fifteen-volume work which took him nearly thirty years to write. His remarkable Confessions, an autobiography, was written about the year 400. It still stands today as one of the great classics of religious experience.

The City of God is generally considered his most important work. In it he strongly defends the Christian Church and brings out the idea of the church being a world-wide empire. This idea later became one of the great pillars of the church. Augustine was one of the few geniuses who could speak to both mind and heart. He lived his religion, for he felt that God was very close to him. He reached religious heights the church had not known since the days of Paul. 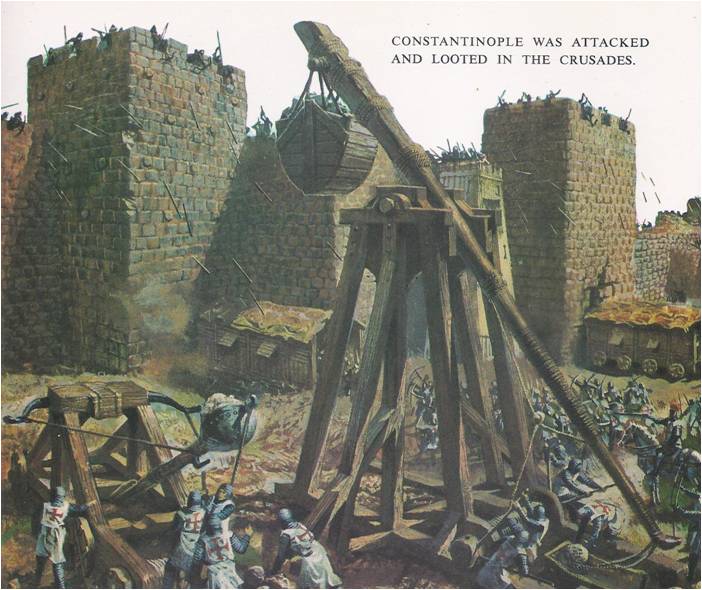 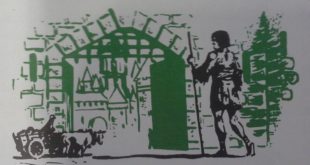