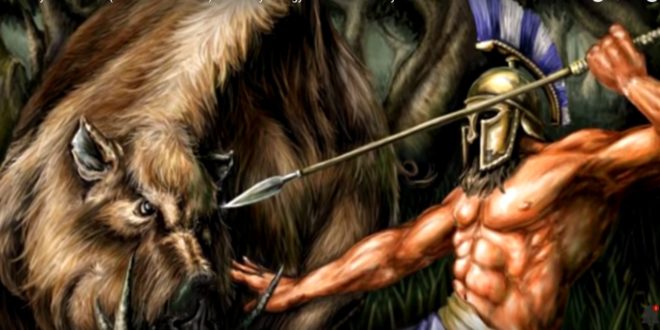 The annual festival of the Great Dionysia, in March of the year 468, was not only remarkable for the victory of twenty-seven year old Sophocles over the honoured and battle-scarred Aeschylus, who was now approaching sixty. There was something else.

Owing to the excitement which the competition between youth and age had aroused, the official whose duty it was to appoint the judges had not yet dared to do so. He was about to solve the problem in the way Athens solved many problems — by drawing lots — when Cimon, an aristocrat, politician and admiral, entered the great open-air theatre with nine of his senior officers. They had just returned from a naval expedition, during which they had subdued the island of Scyros, the supposed burial place of Theseus. An oracle had said that the body of Theseus should be brought back to Athens and Cimon had brought it (or someone else’s; there were no archaeologists to put awkward questions). Cimon was therefore the hero of the hour.

The official in charge stood by the altar. (These drama festivals, were religious ceremonies, the god on this occasion being Dionysus.) With relief the official saw Cimon and his officers come in. Certain that his choice would be popular he led them to the altar and administered the judges’ oath. It was their decision which sent Aeschylus off to Sicily in a rage.

For our present purpose the point of interest in this story is the huge coffin, alleged to contain the body of the mighty Theseus, which the Athenians had greeted with such rejoicing. That sort of demonstration over a legendary hero takes place either when a people is in great danger, or when they become ambitious. Now although Athens was still at war with Persia, the Persians had left Greece. The Athenians were no longer in great danger. Were they becoming ambitious?