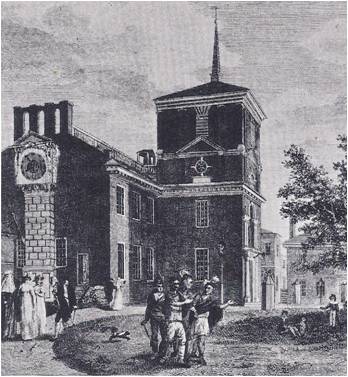 THE FIRST CONTINENTAL CONGRESS MET IN THE STATE HOUSE IN PHILADELPHIA.

When Samuel Adams, his cousin John Adams and the rest of the delegates from Massachusetts arrived in Philadelphia, they found themselves very unpopular. Cousin John complained that he was avoided as if he had some sort of contagious disease. The delegates from other colonies looked upon the men from Massachusetts as radicals and did not like their wild ideas about protecting American rights with force, if necessary.

Patrick Henry of Virginia made a speech pointing out that it was no longer possible for any of the colonies to stand alone. They had to unite, to work together with other colonies for the good of all. “I am not a Virginian,” he cried, “but an American!”

Most of the delegates to the Congress were still loyal to the king, but, like Patrick Henry, they had begun to think of themselves as Americans rather than Englishmen. More and more, they were speaking of justice, freedom, liberty and of the natural rights of man. One of the first things they did was to write a Declaration of Rights, describing exactly what rights they claimed for themselves.

The colonists‚ declared the Congress, were “entitled to life, liberty and property,” and had never given any “foreign power” authority to change, or to take away, any of those rights without consent. The Congress also stated that it was the right of Englishmen and of all free people to govern themselves. Since the colonists were not represented in the British Parliament, they were entitled to have their own law-making bodies. The colonial legislatures were the only lawmaking bodies that had authority to tax and to make laws for the various colonies. At the same time, the Congress recognized the right of the king to veto laws passed by the legislatures.

The Congress also passed a plan known as the Association. It provided that the people of all the colonies were to stop trading with England until the Port of Boston war opened again. The names of those who did trade with the British were to be published in the newspaper. Some of the worst offenders were later whipped in public, or tarred and feathered. Local committees enforced the Association plan so well that, within a year after the meeting of the First Continental Congress, imports from England had almost stopped.

It was difficult for the ordinary Englishman to understand why the colonists were making such a big fuss about not being represented in Parliament. The great majority of Englishmen had never had a chance to vote for a member of Parliament. That right was limited to the nobility and to property owners in the upper classes. Furthermore, some of the new factory towns in England had no one in Parliament to represent them. So it seemed to the average Englishman that the colonists were being unreasonable. By insisting on the right to be represented, they were demanding something that even meant Englishmen in England did not have.

The colonists pointed out that the colonies had received their Charters and their right to set up local governments directly from the king, not from Parliament. England and the colonies had the same king, but he was the only connecting link between them. The colonies argued that Parliament was the law-making body for England, just as the colonial assemblies were the law making bodies for the colonies. Each colony, therefore, had a little parliament of its own. The British Parliament, they insisted, had no more right to pass laws for Massachusetts than the little parliament in Massachusetts had to pass laws for England. The colonists also chanted they were willing to pay their fair share of the expenses of the empire. The king, they said, could always request the colonial assemblies to raise needed funds through their own taxing powers.

England had already tried this method during the French and Indian War, with poor results. Some colonies had refused to pay anything, while others had paid only a small portion of their share. Every now and then through the years various people had suggested a simple solution to the whole question of Parliament’s power to tax. All that was needed, they said, was to give each of the colonies the right to be represented in the British Parliament. Then no one in America could deny the right of Parliament to tax them. The colonists opposed the idea. Their representatives in Parliament would be so few in number that the British members could early outvote them. The British were also against the idea. The colonies were growing rapidly, but England itself was not. If all the people of the empire were to be represented, the time would come when there would be more American representatives in Parliament than there were British. The British did not like the idea of being ruled by America any more than the Americans liked being ruled by the British. 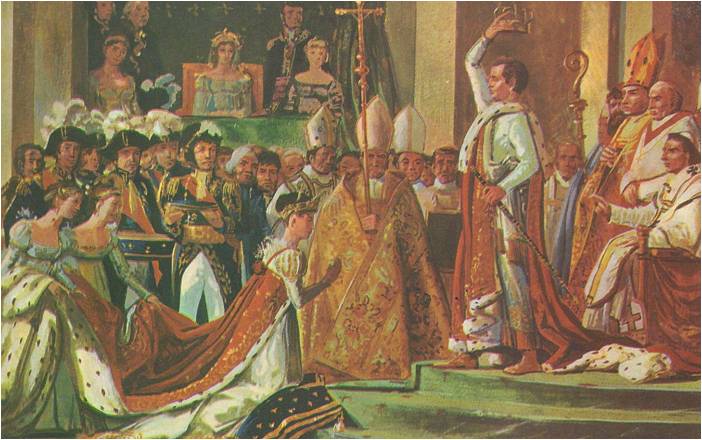 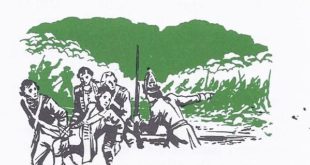