AS THE year 1899 drew to a close, Europeans and Americans began to wonder when, exactly, the nineteenth century would end and the twentieth century begin. Most people thought that this would take place at midnight of December 31, 1899, but historians disagreed. They pointed out that the first hundred years after the birth of Christ had ended with the final seconds of the year 100. Therefore, they said, the twentieth century would not begin until January 1, 1901.

As they toasted the new century that New Year’s Day most people in Europe and America were satisfied and hopeful. Life was better for them than it had been for their fathers and grandfathers, they were certain that it would be better still for their sons and grandsons. They believed in human progress and looking back over the century just past, they could find good reasons for this belief.

There had been no widespread fighting in Europe since the end of the Napoleonic Wars in 1815. The last war between European powers, the Franco-Prussian War, had taken place in 1870. Since then, thirty years of peace had brought tremendous benefits to the advanced countries of Europe. The growth of industry and trade had steadily enriched these countries and raised their living standards. With the spread of education, millions of people had learned to read and write. Democratic ideas were advancing everywhere; by now, most European countries had law-making assemblies with elected members and more people had the right to vote than ever before. As the powers had acquired territories on other continents, European ideas, beliefs and methods had come to dominate the entire world.

Europeans were proud of their civilization and confident of the future. True, they had problems at home and abroad, but they were sure that their parliaments and statesmen would find ways to solve them and keep the peace. Then, in 1914, Europe was plunged into war. By the time the war was over, four years later, much of the rest of the world had been drawn into it, including the United States; millions of men had died; and a way of life built up over half a century had been destroyed.

World War I marked the real end of the nineteenth century, for it changed the world and few things would ever be the same again. Europeans would remember the years before 1914 as a far happier time — a time of peace and order and security.

Why then did Europe go to war? There were several reasons, some clear enough at the time and many not so clear, but all the reasons could be traced back to rivalry among the powers.

Before the war, the strongest nations in Europe were Great Britain, France and Germany. The other industrial countries — Belgium, Holland and Sweden — were too small to count in the balance of power, as were Denmark and Switzerland. Spain and Portugal had long ceased to play active roles in Europe. Italy, partly industrialized, yearned to be accepted as a power of the first rank, but could not back up its claims with real strength. The remaining powers were Austria-Hungary and Russia.

Austria-Hungary took up an impressive space on the map and had a large population. It was not a true nation, however, but a curious mixture of nations unlike any other. With an emperor of the Hapsburg family at their head, the Austrians and the Hungarians ruled as partners over a collection of subject peoples. Like the minority groups in the neighbouring Ottoman Empire, these peoples wanted their freedom and since most of them were Slavs, they were greatly attracted to the doctrine of Pan-Slavism.

Pan-Slavism came, of course, from Russia. Russia was by far the largest of the powers, stretching across Asia all the way to the Pacific, but it was also the least industrialized, the least democratic and the least advanced. Its ambitions in the Balkans kept it constantly at odds with Austria-Hungary.

From the moment it was proclaimed in 1871, the German Empire was the mightiest military power in Europe. But the German Chancellor, Count Bismarck, feared that the other powers might tear the empire to pieces if they felt that it threatened their safety. So he sought their friendship and tried to keep on good terms with them. In 1879, Germany formed an alliance with Austria-Hungary. Italy joined it three years later forming what was known as the Triple Alliance. The three nations agreed that if one of them found itself at war with two or more powers, the other two members of the alliance would go to its aid.

To Bismarck, colonies were nothing but an expensive nuisance. He believed that the important thing was to build up Germany itself, especially its industry and make it safe from attack. Kaiser Wilhelm II, who became emperor of Germany in 1888, had different ideas. Two years after he came to the throne‚ he dismissed Bismarck and replaced him with a man who would carry out his wishes. After that, although Germany had an elected Parliament called the Reichstag, the kaiser ruled the empire himself, through officials of his choosing. Germany began actively to challenge the other powers, especially Great Britain and France, in three fields of competition — the colonies, the Balkans and the high seas.

The contrast between Germany under Bismarck and Germany under Kaiser Wilhelm was summed up in the contrast between the two men. Bismarck, who had been nicknamed the Iron Chancellor because of his firm control over his country, was stout, paunchy and had a white walrus moustache. He looked like many people’s idea of a German grandfather — a man who was solemn, stern and devoted to duty, who valued order and discipline, at the same time enjoyed great quantities of food and drink. While he was chancellor, he seemed typical of all Germans.

Kaiser Wilhelm was altogether different. He was lean, tense, with a black moustache that jutted upward in spikes from under a sharp nose. Having been brought up in the military tradition of the Prussian aristocracy, he held himself stiffly erect; he probably stood all the straighter to make up for the fact that his left arm had been withered from birth and hung useless at his side. He seldom wore anything but a military uniform. His bristling moustache, stiff posture and uniform became known throughout the world when foreign cartoonists used him as a convenient symbol of a warlike Germany.

Bismarck had been the cleverest diplomat of his time. In spite of the Triple Alliance and Russia’s rivalry in the Balkans with Austria-Hungary, he persuaded the Russians to renew a pact of mutual assistance he had made with them. After he was removed from the post of chancellor the agreement was not renewed again. The French, worried by the Triple Alliance, took advantage of this opportunity and in 1894 formed an alliance with the Russians. It was called the Dual Alliance.

The continental powers were now divided, with Germany, Austria-Hungary and Italy on one side and France and Russia on the other. For a time, it looked as though the split between the two sides might be healed. In 1895, Germany helped France and Russia force the Japanese out of Manchuria. During the Fashoda Crisis and the Boer War, all five powers united against the British. Then Britain entered the competition for power and the split instead of healing became wider.

For many years, the British had gone their own way, relying on their navy, the world’s largest and strongest, to protect them at home and throughout their empire, but the violence of the anti-British feeling stirred up in Europe by the Fashoda Crisis and the Baer War gave them a shock. They suddenly felt alone and in need of friends. Their relations with France and Russia were very bad; perhaps Germany was their logical ally. Some Englishmen thought so, but others recalled the kaiser’s telegram of congratulations to President Kruger of the Transvaal — a deliberate insult to their country. They pointed out a disturbing fact: since 1898, when the kaiser had begun to build a navy, Germany had launched more warships than Great Britain.

Living on an industrialized and thickly populated island, the British were in a different situation from the continental Europeans. They had to import most of their needs, including food and to export their manufactured goods, maintain a large merchant fleet, as well as a navy large enough to defend both their merchant ships and their far-flung colonies.

If war came, other nations could obtain supplies by land, but the British could only get theirs by sea. An enemy that could block the sea routes to their ports would at once threaten their ability to wage war and might well starve them into surrender. Control of the waters around Great Britain was a matter of life and death. So the news that the Germans were building a fleet of modern warships alarmed the British and they grew even more alarmed as the new German navy grew more powerful. Their leaders insisting that the British navy have two warships, for every one of all other navies combined announced an ambitious shipbuilding program and soon the British and the Germans were engaged in a frantic race to build up their navies.

Year after year the race went on, at great expense to the British and German taxpayers. In Great Britain, fear of Germany mounted, until, by 1912, there were few Englishmen who doubted that the Germans would be their enemies if war came. Long before then, however, fear of Germany’s might had forced the British to give up their policy of not taking sides in European affairs and they had made an ally of their old enemy, France.

In 1904, the French recognized that the British were in Egypt to stay and the British recognized that the French had a right to move into Morocco. The two powers cleared up their other differences and agreed to support each other if an outside power should protest against their actions. This Anglo-French agreement was not a formal alliance, for neither country pledged itself to help the other in case of war. It became known as the Entente Cordiale, a French Phrase meaning “friendly understanding.”

No sooner was the agreement signed than the French tried to get Great Britain and Russia to settle their differences. After its defeat by Japan, Russia proved willing. The British more and more worried about Germany’s intentions, were also willing. In 1907‚ the two powers divided Persia into spheres of influence, Russia in the north and British in the south. This removed the last obstacle to friendly relations and Great Britain, France and Russia were joined together in a Triple Entente. 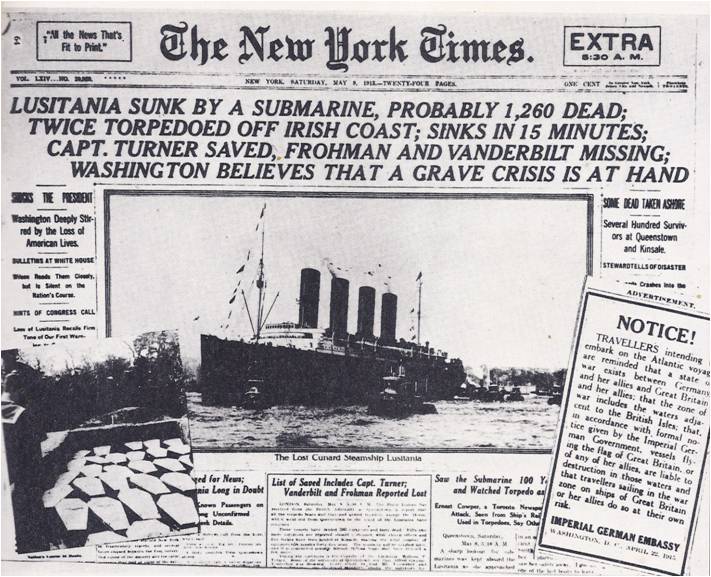 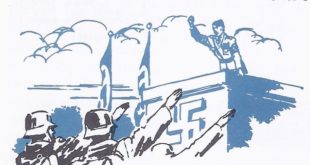